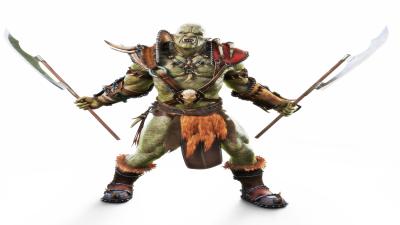 In every RPG (Role-Playing Game) in the gaming market, players often find themselves forced to make rather challenging split-second decisions. One such harsh instance is when you have to balance out every available option to create the best character possible. You either have the option to make your character almost like your doppelganger, with a similar body build and facial likeness or you can detach from your usual “self” and make up an elaborate character that’s entirely different.

The WOW Classic Character Builder gives you tons of options to produce the next champion of Azeroth. Besides the usual Human Race to modify according to your preferences, you also have different completely new choices such as a Tauren, a bull-like race with different hides and horns (Almost like a Minotaur).

Here, we’ll delve into the different options you get when you start making changes to your ideal Hero, and how they may impact your gameplay in WoW Classic.

Which are the factions to pick in World of Warcraft Classic?

One of the main features since WoW became available to the public is the focus between the two dominant factions: Alliance and Horde. Besides the blue and red color that represents each of those groups, there are more thing to consider:

After you decide which faction to pick, the participants of the other group automatically become your enemies. It is essential to clarify that either of the options has a neutral ground. In other words, both of them sometimes can be perceived as good or bad throughout the entire Lore.

What kind of races are available in World of Warcraft Classic and what are their bonuses?

Within the Alliance faction, you have different races (and their respective bonuses) such as:

Humans: Powerful warriors and healers that tend to use their ability to speak as their primary weapon. Therefore, you get better rewards when you’re farming for different Reputations.

Dwarves: Due to their continuous mining, they often gain different attributes that aid them in enduring various types of threats. They also tend to have strong bonds with powerful animals that aid them in battle.

Gnomes: Little geniuses that use their cunning to invent powerful trinkets through marvelous feats of engineering. Thanks to their dexterity, they find it easier to escape different traps from their opponents.

Night Elves: Due to their low exposure to the Sun Light, their skins have become darker, compared to the higher elves. As a result, they have abilities that help them become practically invisible in the shadows.

On the other hand, we have Races from the Horde have different characteristics, such as:

Orcs: More than often perceived as the dominant Race in all Azeroth. It seems like they give it all in combat to defeat their opponents and conquer everything they desire. As a result, they usually turn “furious” to deal as much melee damage as possible.

Taurens: Due to their innate physical capabilities, they use parts of their body to gain control in any encounter. They’ll stun their adversaries and sustain more damage. Due to their connection to Nature itself, they gain more knowledge of the surrounding ecosystem.

Trolls: Thanks to their connection with the ancient spirits, they can gather knowledge about the past and foresee possible complications. Consequently, due to this secure connection, they become “blessed” with higher power and regenerating capabilities.

Forsaken: After they regained control over their minds with the departure of the Lich King, all of the undead creatures created a powerful bond. But since they are no longer “alive,” they can regain strength from corpses and have less need for breathing.

How different are the classes in World of Warcraft?

At the moment, three well-specified archetypes differentiate all the available Classes in WoW Classic. In a dungeon, a team usually tends to have a composition that includes a tank, a healer, and three DPS (Damage Per-Second) characters. To complete a specified function in a party, you have the next options:

For a Tank, you can either Pick:

For a Healer, you can either Pick:

For a DPS, you can either Pick:

After you have made the choices that will mold the type of adventure for your Avatar, there are only a few more steps in the WOW Classic Character Builder. You have some options to change the gender and appearance of your ideal character. Another milestone to overcome when you settle on your hero’s looks is to have come up with the best fantasy-themed name.

After you finish with the Character Builder, depending on your faction and race, you’ll spawn in a specific location in Azeroth. It won’t take long to figure out how to control your character and begin a fantastic adventure thanks to intuitive tutorials.