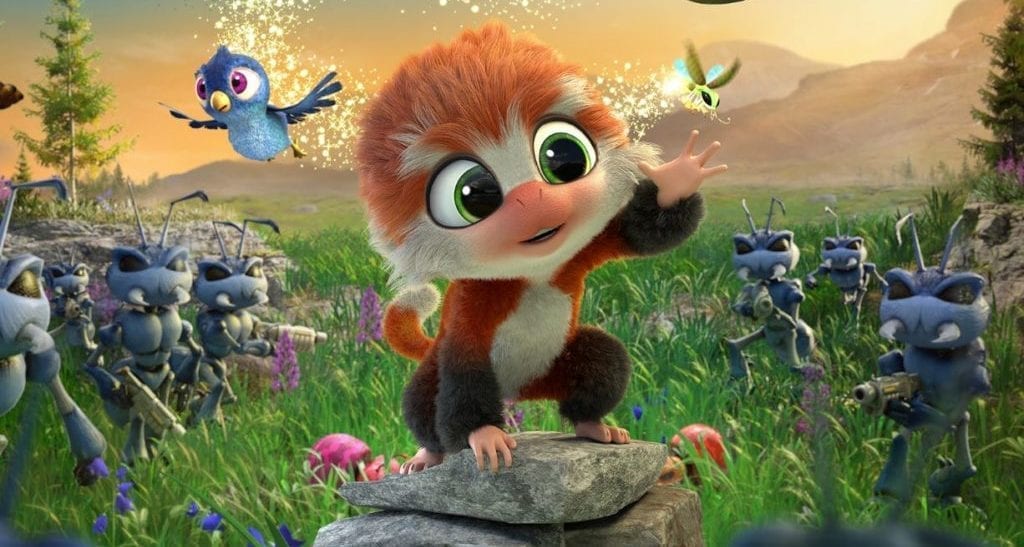 You might be wondering exactly what kind of animal that cute little furball is bouncing around in the trailer below. That, my friends, is a tamarin, a small monkey found in the forests of South America. Tamarin the game, though, is a new IP in development from Chamelon Games. You might not immediately recognize the studio unless you’ve been following along with the small releases of information and gameplay. The studio is made up of a handful of ex-Rare employees, carving out a nice veteran staff of devs.

What does the tamarin say?

The latest video doesn’t expand on anything that wasn’t previously known about the game. There were indications that you would unlock weapons, such as an Uzi, in previously released screens. It was also generally known that the game would be in a third-person view, with platforming at its core. But, the biggest standout from the latest snippet of gameplay shows off more polish throughout the world, especially for the animal characters that inhabit it.

Other elements shown off include how the worlds are “interconnected.” That means it will probably build out like classic 3D platformers, having one main hub world and other locations that open up over time. We also see a few flagpole locations (presumably checkpoints) being highlighted in the trailer. Tamarin, if that’s even the character’s name, is even seen climbing to the top and showboating in Super Mario fashion.

You won’t have to wait much longer

Chameleon Games hasn’t provided a firm release date for Tamarin. If any of the info on the game has piqued your interest thus far, though, you can at least mark your calendar for Q4 of 2019. As the days continue to fly by, there’s no question that the last three months of the year will be here before you know it. I guess it won’t be long before you can fight off giant ants and embrace the agility of this forest-dwelling monkey.

When it releases, Tamarin will have a US$29.99 price point for the base game. A deluxe edition will also be available for $39.99, which includes its soundtrack. Pre-ordering at this time will knock 10 percent off the total price and can be done from the game’s official site.