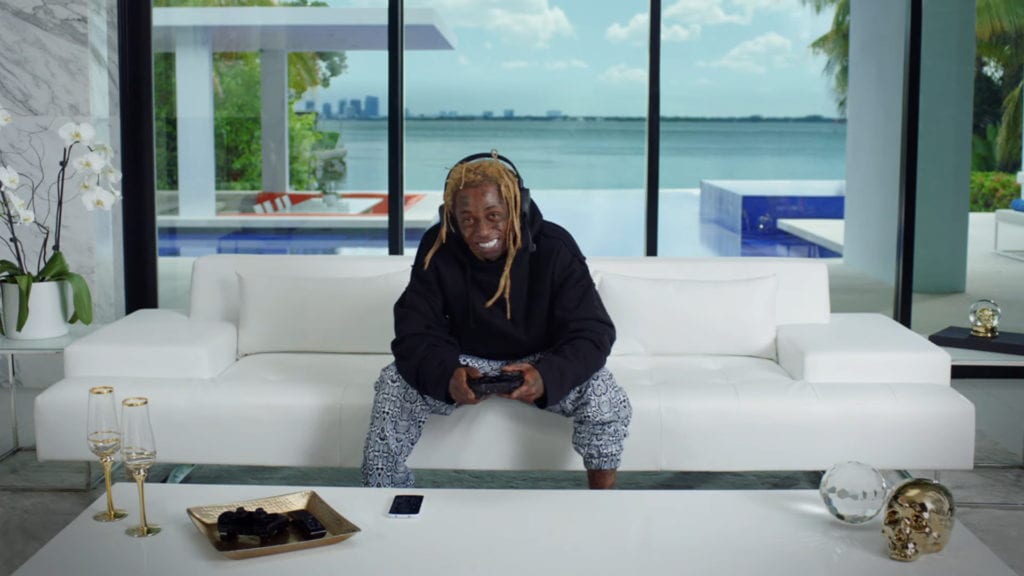 What does Ghost Recon Breakpoint and rapper Lil Wayne have in common? Nothing, as far as I know. However, he does star in a live-action trailer Ubisoft released today to celebrate the fact that the Breakpoint beta starts soon. Hurrah.

The Breakpoint beta begins next weekend. Starting from Sept. 26 and to Sept. 29, you’ll be able to run and gun with your buddies. The beta will contain new content that wasn’t in the closed beta, and includes three extra story missions. You will also have two more regions to explore: New Argyll and Infinity, to be included with the four regions already available. Additionally, the beta will run four daily missions and 12 daily faction missions. If playing nice just ins’t your style, the beta also has four PvP modes with four maps: PMC Camp, Port, Harbor, and Cold War Bunker.

But I know information on the beta isn’t what’s really important. No, you want to know what the hell Lil Wayne is up to, right? Of course you do. Ubisoft released a live-action Ghost Recon Breakpoint trailer called “Squad up ft. Lil Wayne.” It was directed by David Lietch of Deadpool 2 fame, with scenes shot in Vancouver, Canada. I know you’re eager to watch, so I won’t waste any more of your time with this wordy description. Take it away, Lil Wayne!

“More than anything, the key point of all action is to tell a story, and in this spot we’re telling a story with these characters in the world of the game and also the characters in their worlds at home,” said David Leitch in a Ubisoft press release. “We wanted to make sure we have these distinct characters that jump off the page and that the action defines them in a real particular way. We have this fun juxtaposition with the different characters and their voices too, which is a great conceit.”

Ubisoft also revealed the times scheduled for the beta. The PC pre-load begins on Sept. 24 at 6 AM EST. You’ll need to have a Uplay account in order to play. For more info on how to join the Ghost Recon Breakpoint beta, head to the official sign-up site.