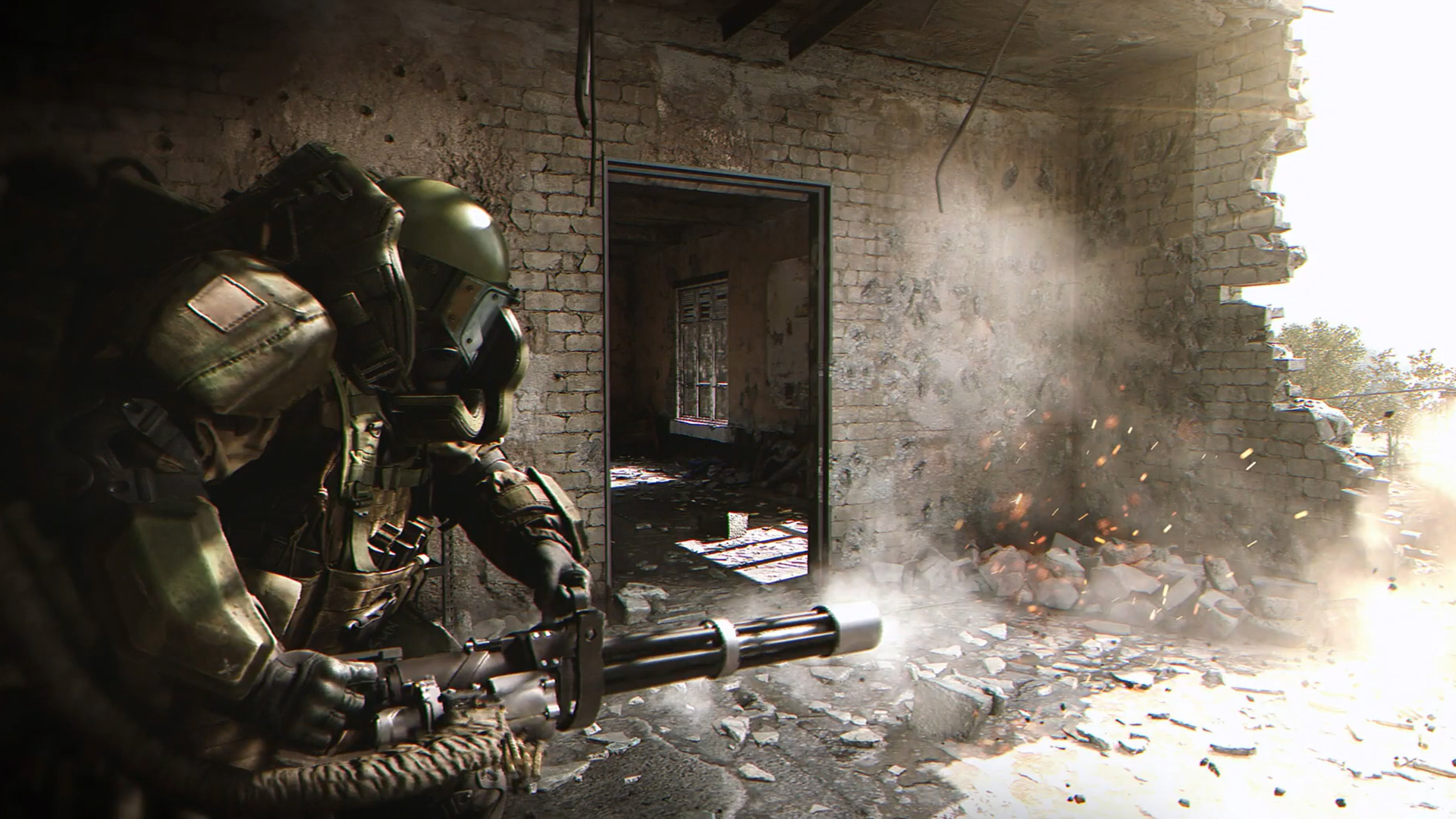 Infinity Ward got on stage at the E3 Coliseum today to talk Call of Duty: Modern Warfare, and while the presentation wasn’t overflowing with details, it did confirm the return of the Juggernaut suit – though we don’t know exactly how or when it will show up, since we’ve got just a screenshot and a few words from the developers to go on.

The Juggernaut showed up as an enemy type in Modern Warfare 2, and was a particularly chagrinning opponent in the game’s co-op Spec Ops mode – which will return in the new Modern Warfare. There were also some plans for the suit to be available as a killstreak reward for multiplayer back in the day, but those never came to fruition.

It sounds like an enemy type, based on the description of one silly feature at the panel. Art director Joel Emslie says “I thought it would be really cool if you got close to the Juggernaut and it was heavy metal music coming out of its speakers or something.”

“When I was doing capture for this,” Emslie adds, “I had the Juggernaut suit up, and it was an hour and a half of death metal music as I got in there and started doing screenshots.”

You can see the Juggernaut at around 23:00 in the video above.

Stick with us for more on all the E3 2019 games throughout the rest of the week.