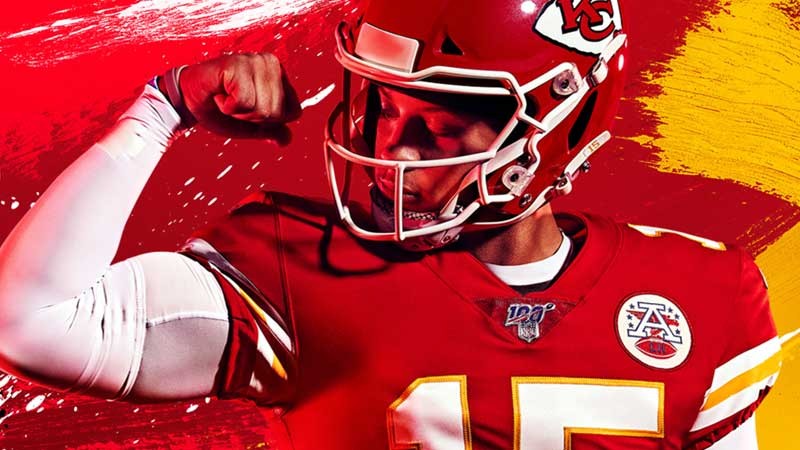 In his first year as a starter, Kansas City Chiefs quarterback Patrick Mahomes tore up the league, taking the Chiefs to the AFC Conference Championships and earning MVP and Offensive Player of the Year honors in the process. Now he’s the Madden NFL 20 cover star, with the game coming to PS4, Xbox One, and PC on August 2.

The new, main features this year are a “career campaign” mode called Face of the Franchise: QB1 and a player abilities system called Superstar X-Factor (click the links for more on these features). Face of the Franchise lets you create/customize your own QB, start in college in the National Championship playoffs, and continue to the NFL. Your draft spot is determined by how you do in the Combine drills and team interviews, and from here you transition into Connected Franchise mode. The difference from previous years is that the new Scenario Engine presents your player with realistic situations to respond to that affect your player and team, creating dynamic storylines.

Superstar X-Factor is a way of making exceptional players like cover star Mahomes come to life with abilities that help set them apart. There are 70 specific abilities in the game such as wide receivers being better at certain routes (post, in/out, etc.). Mahomes has the No-Look Deadeye ability, which gives him perfect passing accuracy when making cross-body throws (except high/low throws or when under pressure).

Players can have multiple abilities, and the really good players in the league (there are 50 of them) also get a special X-Factor ability that is activated when that player achieves in-game goals (like a receiver getting a certain number and type of catches for big yards), sending them “into the zone.” Once in the zone, you see the ability activated on the field. For instance, when Tom Brady is in the zone, his quick read ability means his first open receiver has a bigger icon on the field.

Both the Superstar X-Factor and Face of the Franchise features impact other modes, from Ultimate Team to Connected Franchise mode. Madden 20 is also including the run pass option (RPO), new playbooks, the return of the Pro Bowl and more.

For in-depth info on Face of the Franchise, click here, and for Superstar X-Factor, click here. Also read about Madden 20’s gameplay and Ultimate Team features.

Madden 20 comes in a standard variety as well as a Superstar Edition that includes Ultimate Team benefits such as Gold Team Fantasy Packs and a Legends Superstar ability for their created QB in Face of the Franchise mode. For more info on this and pre-order bonuses, go to easports.com/madden-nfl.

Madden NFL 20 ships for PS4, Xbox One, and PC on August 2. To learn more about the game, read about what’s new in Franchise mode, the new Face of the Franchise career mode, Superstar Abilities & X-Factors, and how the developer is addressing last year’s gameplay issues.