Card Player Magazine, available in print and online, covers poker strategy, poker news, online and casino poker, and poker legislation. Sign up today for a digital subscription to access more than 800 magazine issues and get 26 new issues per year!

Sports betting media is obsessed with the concept of public money. “The public is all over the Patriots,” says the guy writing an article for Online Sports Betting Magazine #43.

“The public loves favorites and overs,” says the fast-talking tout on a podcast.

“Look at this detailed chart of where all the public money is according to Sportsbook Manager Joe Doe,” it says in the Tweet, along with a screenshot of a detailed spreadsheet of dozens of numbers and percentages.

Of course, the converse of the “public money” discussion is where all the “sharp money” is. “The sharps are all over Iona,” says the host on the sports betting TV show.

“This is a classic Pros-versus-Joes game.”

Okay, you get the idea. If you’ve seen it, you know what I’m talking about.

Usually this information is presented as-is without much interpretation. Public money is here. Sharp money is there.

Sometimes the provider of said information offers some thoughts about how to use the information. Ideas like, “Follow the sharp action,” or “Fade the public action,” or “You want to be on the same side as the bookmakers.”

Occasionally the tips will get more detailed. “Right now you can bet X because that’s where the sharp money is. But then if you wait until game time, the public is going to move the line to Y, and you can bet the other side and lock in a nice middle.”

For the most part, none of this information is useful in any meaningful way to find good bets.

If you followed the discussion in the market making and retail book explained before, you have enough knowledge to understand why.

The vast majority of lines get set through price discovery at a small handful of market making books. The retail books then use these lines to price their markets. Even if public action on one side or another of these markets is lopsided, the retail books stay firm with their prices so as not to offer arbitrage opportunities with market makers. They end up just gambling on the outcome.

(Limited exceptions to this general rule can happen in markets where there is massive public interest—NFL playoff games, World Cup games, and the like. These are markets where the public action can be large enough and one-sided enough that a retail book can’t fade the risk of losing their side and they’re forced to move their line at least somewhat on public action.)

Most sportsbooks use the retail book business model, and the vast majority of public action is booked by retail books.

In summary, lines for the entire market are set at a handful of market making books. The vast majority of public action happens at retail books, which don’t tend to move their lines based on public action.

Therefore, the huge weight of public action has very little overall impact on where lines sit. This is the fatal flaw in the “fade the public” concept. Okay, the public is all over the Dodgers tonight. Great. But that public money had almost no impact on how the Dodgers line is set, since it’s set by different entities than the ones booking all the public money.

To be clear, it’s not that public money has zero effect on where the lines are. It does. For one, market making books get plenty of public action as well. They just also get a lot of so-called “sharp” action, and they tend to move the lines far more in response to the sharp action than the public action. But let’s say in a very high-profile game, all of the big public bettors all happen to like the same side for some reason. In that specific case, you’d expect the public money to influence the line, and fading the public might give you a free bet.

The Floyd Mayweather-Conor McGregor fight last August was a recent example of a market like this. It was enormously high profile, and public money absolutely poured in on McGregor. Besides the fact that most bettors simply liked McGregor more, it wasn’t so easy to bet on Mayweather even if you tried to be objective about the fighters’ chances. Mayweather was clearly a big favorite. (The only question being how big a favorite he should be.) That meant to bet on him, you had to lay a big price like -500 or more. It’s not fun to bet $500 to win $100 — not nearly as much as it is to bet $100 to win $350 like you could on McGregor.

Every sharp sports bettor I knew had placed a very large bet on Mayweather for that fight. But that just wasn’t enough money to stem the tide of public money on McGregor. For that event, you didn’t have to know a thing about boxing. All you had to know to find the good bet on Mayweather was that the public money was on McGregor and the sharp money was on Mayweather. But that event was a huge outlier. It’s not even close to how the markets function on a day-to-day basis.

In most markets for most games most days, a few books take bets from all comers, and they move their lines on action. Once the line settles in, almost by definition it means that there is no longer a sharp side. Because if there were still a sharp side, sharps would bet it, and the line would move.

It does you no good to be told that a few sharp bettors bet UTEP +9 if the only bets available now are UTEP +7.5. Maybe UTEP +9 was a “sharp side”, but that is meaningless regarding what’s currently available.

It also does you no good to know that the public is “all over” New Mexico State -7.5. That public action has little effect on what the market maker will make their line, and retail books will try to shadow the market maker’s line regardless of how their customers are splitting their action.

Also never forget that there’s a sizable hold on every market. Even when the public money has an effect on the line, it would have to push the line at least roughly three percent on the break-even percentage (e.g., from 50 percent to 53 percent) until you could even consider using this public money as a betting angle.

In 99 percent of cases, all this public money sharp money stuff, while maybe interesting, will not help you in any way to find good bets. The exceptions come when there is a very high-profile event where for whatever reason most people are strongly inclined to bet one way and not the other. In these cases, you can likely bet the other way blindly and consider it a good bet. But that’s about it for the whole pros versus Joes thing. ♠ 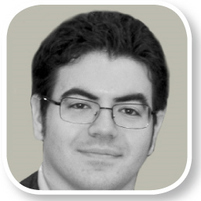 Miller’s latest book, The Course: Serious Hold ‘Em Strategy For Smart Players is available now at his website. You can also find original articles and instructional videos by Miller at the training site Red Chip Poker.