At long last, we have our roster. Following the Kombat Kast earlier today, the final fighter for Mortal Kombat 11 has been revealed. Frost is a bit of a throwback for the series. She is one of the few fighters to find her way out of the odd quagmire that was the 3D-era Mortal Kombat games. Frost was introduced as Sub-Zero’s protege in Mortal Kombat Deadly Alliance. She’s been off the radar, save for a depressing and short-lived cameo in Mortal Kombat 9. However, she has returned, and she seems a bit different.

Frost is a cyborg in Mortal Kombat 11. Her entire body is robotic, except maybe her head. Unless she kept it human-looking for aesthetic reasons, Frost is going full Borg Queen a la Star Trek: First Contact. Before the match shown in her teaser trailer, her head and metal spine are lowered into her body. It’s cool and undoubtedly a little unnerving, but I like it.

Not A Time To Lose One’s Head

To reiterate, I believe her head is still human, but I could be mistaken. It’s a mystery, because if it is flesh and blood, then she must be hammering that calcium. Why? Because she can use her head as a weapon. She can use it as a bludgeon or, tossing it like a volleyball, as an anti-air projectile. Frost can also roll it across the floor before it explodes like an ice bomb, freezing her opponent. The latter move feels like a nod (a head nod) to Cyber Sub-Zero in MK9, who was also able to use ice bombs.

Frost has all new moves in Mortal Kombat 11. The back of her shiny, robot body has an ice generator attached. This mechanism allows her to create weapons from ice, ranging from ninja stars to a battleaxe and sword, or even ice drills. Referred to by the team as “one of the trickiest characters to play,” Frost may be one of the most technical fighters in the deck. She is employed with a lot of setup moves and traps, making her attractive for more experienced players. One such special move creates an ice trap, which is box-shaped and can slowly freeze an opponent unless they get out. For you Injustice 2 players, think of Captain Cold’s Glacier Grenade special move. There is also a dive bomb move that turns into a slide attack if missed. 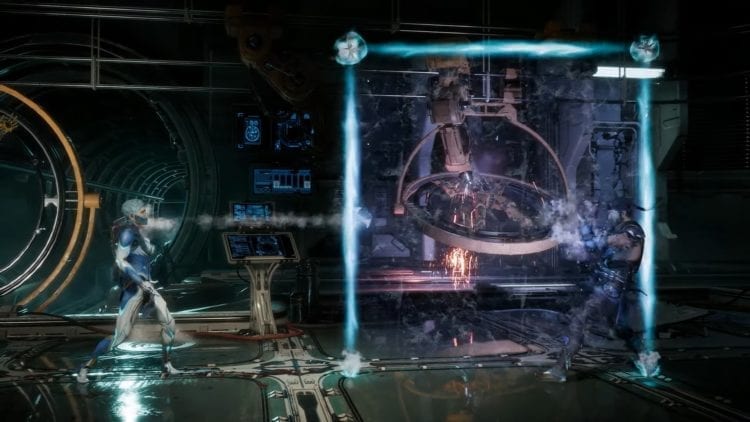 I call it the ice box. Get it? The ice…you know what? You get it.

Frost’s appearance and fatality may be a hint at her role in the game’s story. She was fully human once when she was a fledgling member of Sub-Zero’s Lin Kuei. Before the story was rebooted, the clan’s half-baked cyber initiative was already shut down. It was once again ended by Sub-Zero after he regained his human form between MK9 and MKX. Frost, however, betrayed her clan and left to wander around. But it appears ol’ Subby was sleeping on the cyber initiative, which Frost appears to have restarted. Not only are Cyrax and Sektor showing up in the story, but there’s a stage where cyber ninjas are being created.

Frost’s fatality makes her intentions rather clear. She freezes the opponent (in this case, Sub-Zero) before ripping out their brain and spine, which get planted into a cyborg body. She’s obviously collecting spare parts for her army. No doubt Sub-Zero will try and put it to a second end. This time, however, it looks like he’s bringing his BFF Scorpion along, if the launch trailer has anything to say.

The Return of the King

Shao Kahn also got some time during the Kast. We’ve already briefly covered him when he was shown off last week. However, the Kast went a little more in-depth with the ex-Outworld emperor. Shao Kahn has two weapons, because a dude that massive can do whatever the hell he wants. He can hurl a spear at his opponent, which knocks them to the ground. His classic shoulder charge can do a lot of damage, but amplifying it gives him an overhead and a popup bounce for combos. Shao’s hammer can be thrown across the screen, a move that returns from Mortal Kombat 9. But he also has a special that allows him to throw it into the air. This move can be aimed near or far, forcing your opponent to play the guessing game at where it will fall.

His other special move is an impressive throwback to one of the original games. While demonstrating another loadout, the team used a special move that summoned a shadow priest. Now, the shadow priest is a character many won’t remember — even for some of you veterans. These were background characters in two stages from Mortal Kombat II. Specifically, they were the cloaked priests floating in the background of both the Tower and Portal stages. When summoned in Mortal Kombat 11, they buff Shao Kahn’s hammer damage for a short time. 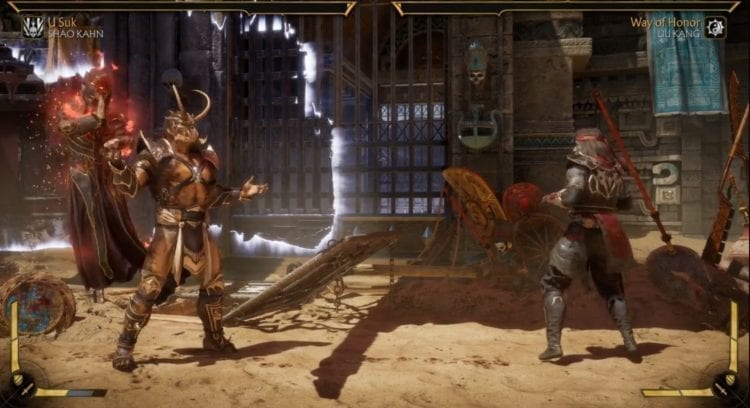 Yeah, the shadow priest is cool, but check out that helmet!

Save Your Pity For The Weak

The Kombat Kast had a couple other surprises in store. First, the training mode is more in-depth than ever before. This mode will not only teach you how to play if you’re a beginner, but it will also provide a lot of technical information for veterans. Every move you pull off will show you how long it takes, as well as your character’s recovery time. Also, finishing the tutorial mode will unlock a skin for the character with whom your training. During the Kast, we got to see Frost’s tutorial skin, which takes on a black and yellow design. 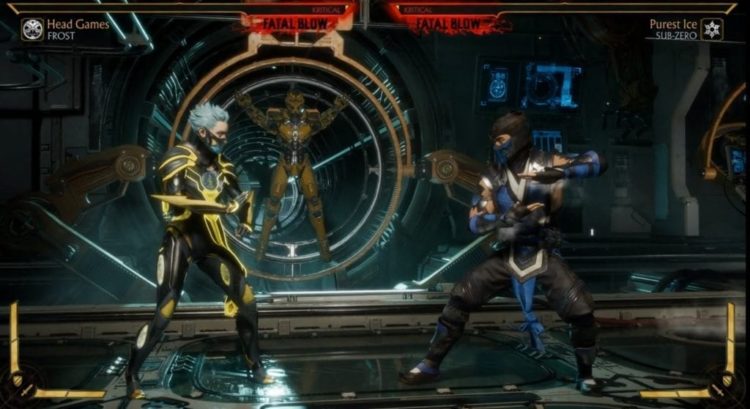 Play the tutorial as Frost and get this killer skin.

Additionally, Mercy has returned from Mortal Kombat 3. Mercy was a move that a winning player can use to grant their beaten foe a small sliver of health in order to continue the fight. It’s an interesting addition to a game that celebrates the utter decimation of a player. Like the NetherRealm team, I would also love to see it being used during a professional competition. It’ll be a whole new method of bad manners.

As far as pre-launch Mortal Kombat 11 announcements go, this is the finale. The game releases to PC starting tomorrow, so expect some coverage for the game coming soon. Hit the link to watch the Kombat Kast in its entirety.