To give our readers better insight into the global mobile games industry, we’ve teamed up with market data firm Sensor Tower to bring you exclusive weekly charts from key countries.

These rank games by free downloads, paid downloads and the top grossers across the App Store and Google Play. Each week we’ll be covering the US, Great Britain and Ireland, and China (iOS only) markets.

This week’s charts cover the period from April 1st to 8th.

Supercell has introduced new season challenges for Clash of Clans. And the new Gold Pass, which gives players better rewards for completing those tasks, has enabled the game to shoot up the top grossing positions into first place across both the App Store and Google Play for the week of April 1st. It now sits above the likes of King’s Candy Crush Saga, Tencent’s PUBG Mobile and Epic’s Fortnite.

Over on the premium game rankings, Weather Factory’s Cultist Simulator has hit third spot on Google Play as the only new entry for the week.

When it comes to the free downloads charts, 101 Digital topped both the App Store and Google Play with Run Race 3D, sitting above Voodoo’s Roller Splat. 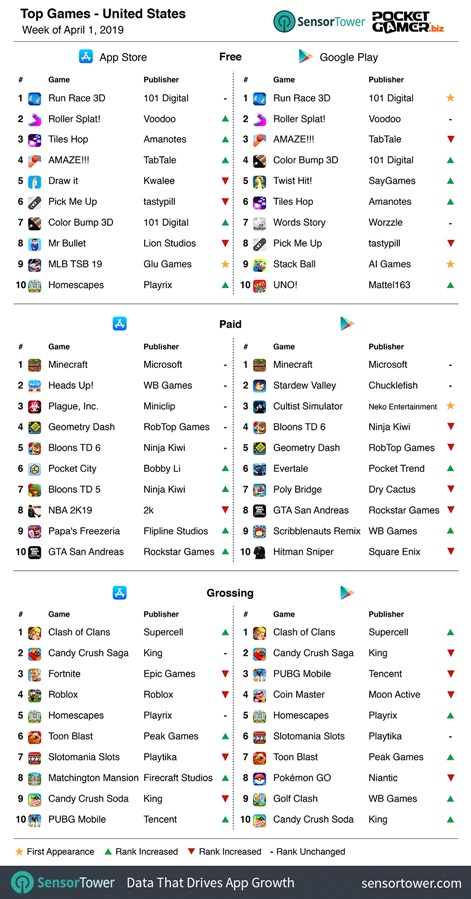 The new Clash of Clans Gold Pass helped the game rise up to second and third on the App Store and Google Play top grossing rankings, but it wasn’t enough to dethrone Moon Active’s Coin Master from the top spots.

Run Race 3D topped the free downloads chart on the App Store, much like it did in the US, but it was unable to push out Roller Splat on Google Play. 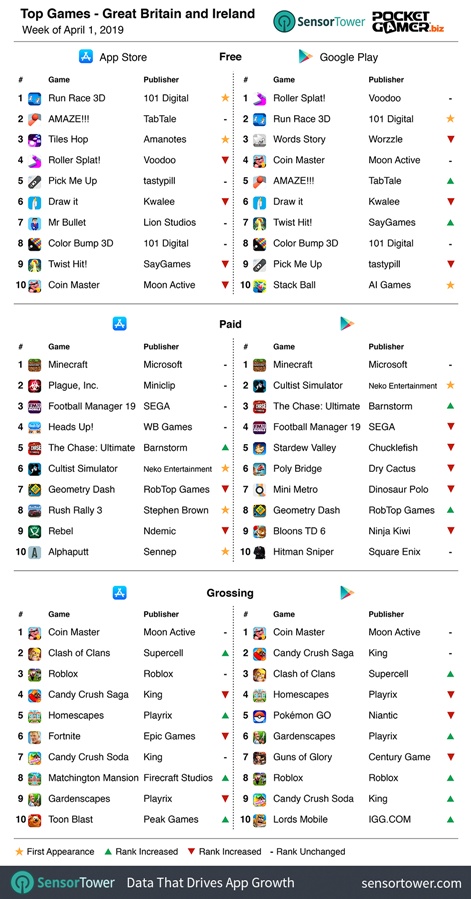 Tencent’s Honor of Kings held on to the top grossing spot over Perfect World for the week, with NetEase’s Fantasy Westward Journey rounding off the top three. 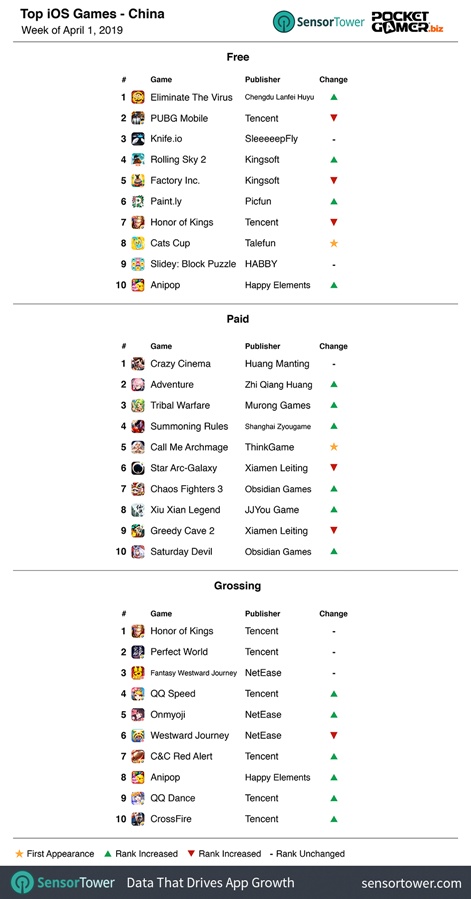