The Mandalorian, a live-action television series set in the Star Wars universe, will debut on Disney’s new streaming service, Disney+, on November 12. We were given a brief tease of what to expect from the series during an hour-long panel at this year’s Star Wars Celebration.

The panel began with a trio of familiar faces taking the stage to a roaring crowd. Lucasfilm president Kathleen Kennedy, the Mandalorian‘s creator, writer, and director Jon Favreau, and executive producer and director Dave Filoni came out to discuss their latest project. 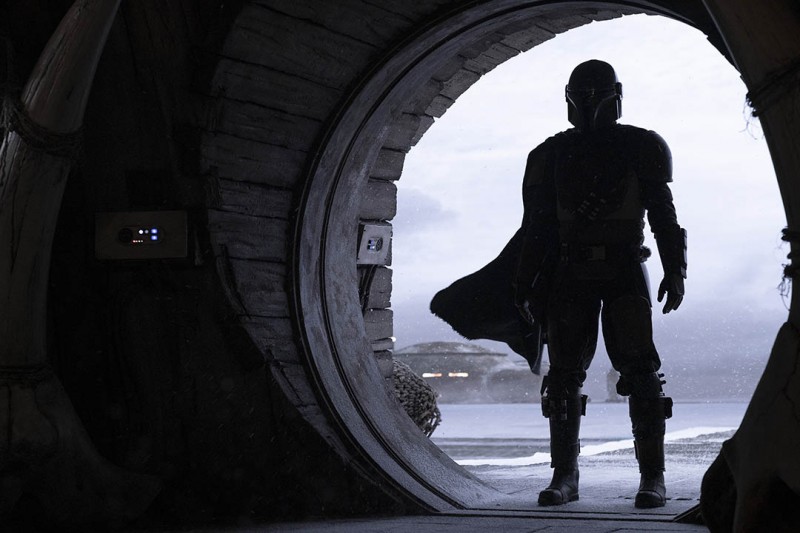 “What could be more exciting than Dave Filoni directing live action?” Kennedy said. Filoni is known for his work on Star Wars animated shows like The Clone Wars and Rebels. Filoni and Favreau talked about their first time meeting each other at Skywalker Ranch. Favreau said that he was mixing Iron Man there, and Filoni was the first person to watch it. Filoni then brought in Favreau to be the first person to watch the first episode of The Clone Wars.

The Mandalorian is set after the events of Return of the Jedi at a time of uncertainty in the galaxy. Among the remnants of the Empire, a new order needs to be achieved, but not without chaos.

Favreau and Filoni said that they are looking to all corners of the Star Wars universe for Mandalorian‘s stories, including the expanded universe, the animated shows, and novels. The two then welcomed some of Mandalorian’s actors to the stage: Pedro Pascal, Gina Carano, and Carl Weathers entered to introduce their characters. 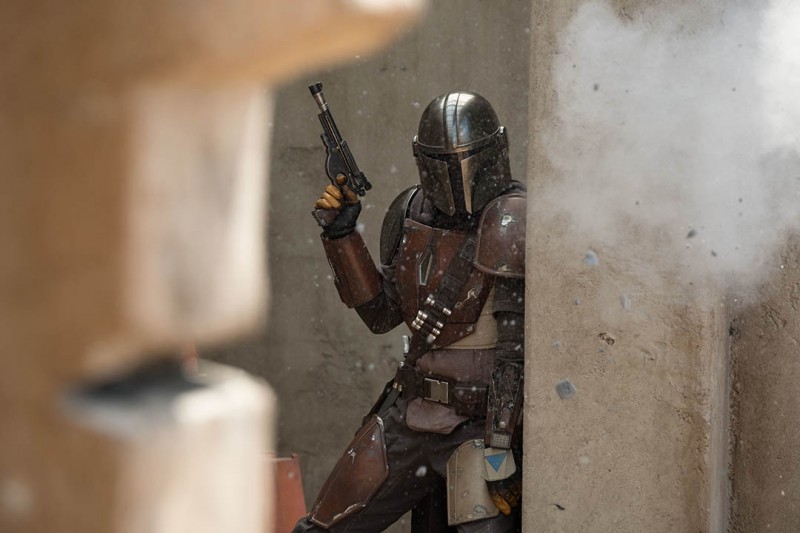 Pascal plays The Mandalorian, calling it “fantasy fulfillment.” He is a bounty hunter, and a mysterious lone gunfighter with questionable moral qualities.

Carano plays Kara Dune, an ex-Rebel Shock Trooper, who is a loner and is struggling to find her place in society.

Weathers plays Greef Marga (not sure of the spelling), a character who hires The Mandalorian to help transport goods. The stream then cut out as three-and-a-half minutes of behind-the-scene footage from the show played exclusively for people in the auditorium. 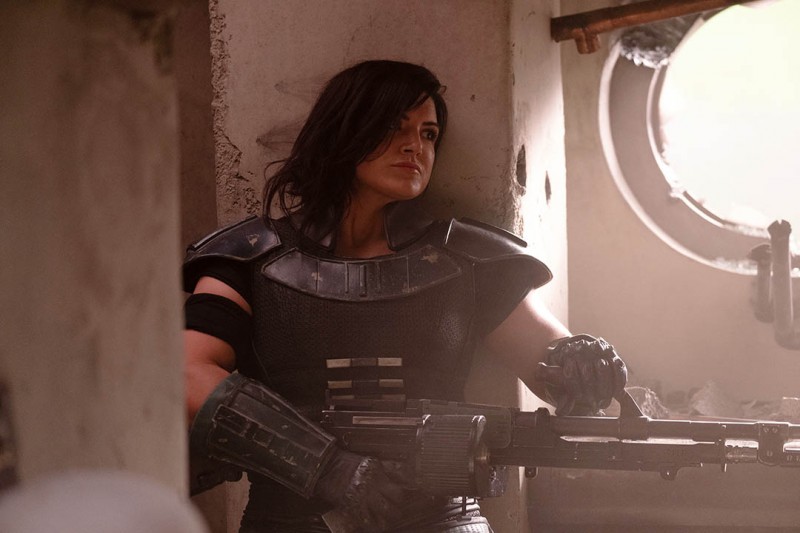 When the stream returned, fans were seen raising their Mandalorian helmets in delight. Favreau discussed one day of shooting where they needed a number of stormtroopers for a scene, but didn’t have enough on set to achieve the shot they wanted. Filoni ended up calling friends from the 501st Legion, a fan-run costume community, to get the armored reinforcements they needed. The fans are in The Mandalorian. How cool is that?

The above video is a sizzle reel shown off at Star Wars Celebration that was recorded by YouTuber Coffee With Kenobi.

We then got a look at The Razorcrest, a new ship that The Mandalorian will use in the show. The crew at ILM used physical models for some of the shots, much like George Lucas did back in the day.

Favreau said he had four Mandalorian stories written before Kennedy said yes to his idea. When it was eventually green lit, other writers were brought in. Filoni wrote an episode, and George Lucas also delivered a number of ideas. 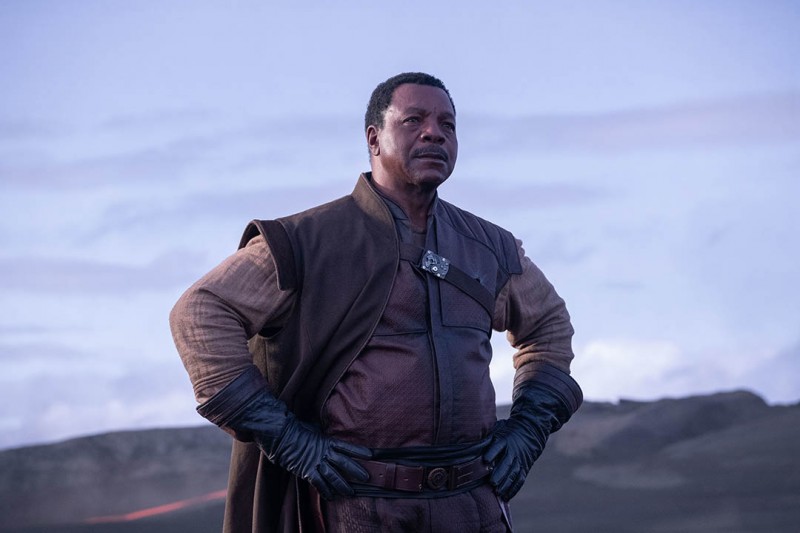 The panel sadly didn’t conclude with a trailer, something fans were waiting for. The good news, though, is that we don’t have long to wait to watch all of it on Disney+.