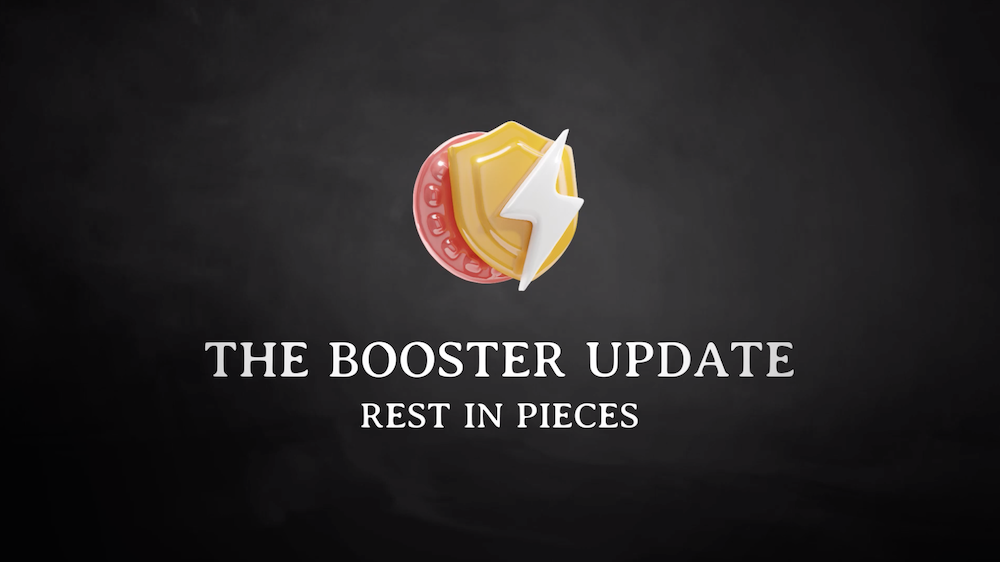 Last month developer Itatake released Rest in Pieces (Free), a super unique take on the behind-the-back runner genre. In fact one of its most unique features was that it wasn’t a runner at all, and instead had you swinging your character like a pendulum in order to avoid obstacles in the terrain rather than switching lanes like most runners. Its other unique feature was its aesthetic, as the environments you’re swinging in are nightmarish hellscapes with massive bosses looming in the background, but your actual characters were these lovely porcelain figures that looked like they’d be perfectly at home sitting on a shelf at your Gam Gam’s house.

The delicate and beautiful figures positioned against the hellish backdrops made for an incredibly creepy visual experience, and we chose Rest in Pieces as our Game of the Week when it released for its unique look and gameplay. This week, an update landed that adds in special Booster abilities which you can use to help avoid smashing your fragile figures into a jagged rock. One Booster has you turning invisible so you can pass through obstacles unscathed, one creates a shield around your figure so you can simply ram into obstacles and destroy them, one slows down time so you can more easily maneuver through the terrain, and finally one provides an electric shock that will instantly clear all obstacles off the screen. You can see all the Boosters in action in this new trailer.

You might remember that we sat down with Itatake during GDC last month to take an early look at this Booster update as well as learn what their plans are for future updates with Rest in Pieces, which will include unlockable skins for the porcelain figures in the game as well as a brand new space-themed level which will include three brand new figures to play as and of course a brand new boss fight. With the Booster update now released the rest of the new content should follow in the next couple of months, so keep an eye out for that and if you haven’t given Rest in Pieces a shot yet it’s free to download and very much worth checking out.