The two notorious “mouths” of the game agreed on playing heads-up matches for a total of $500,000! 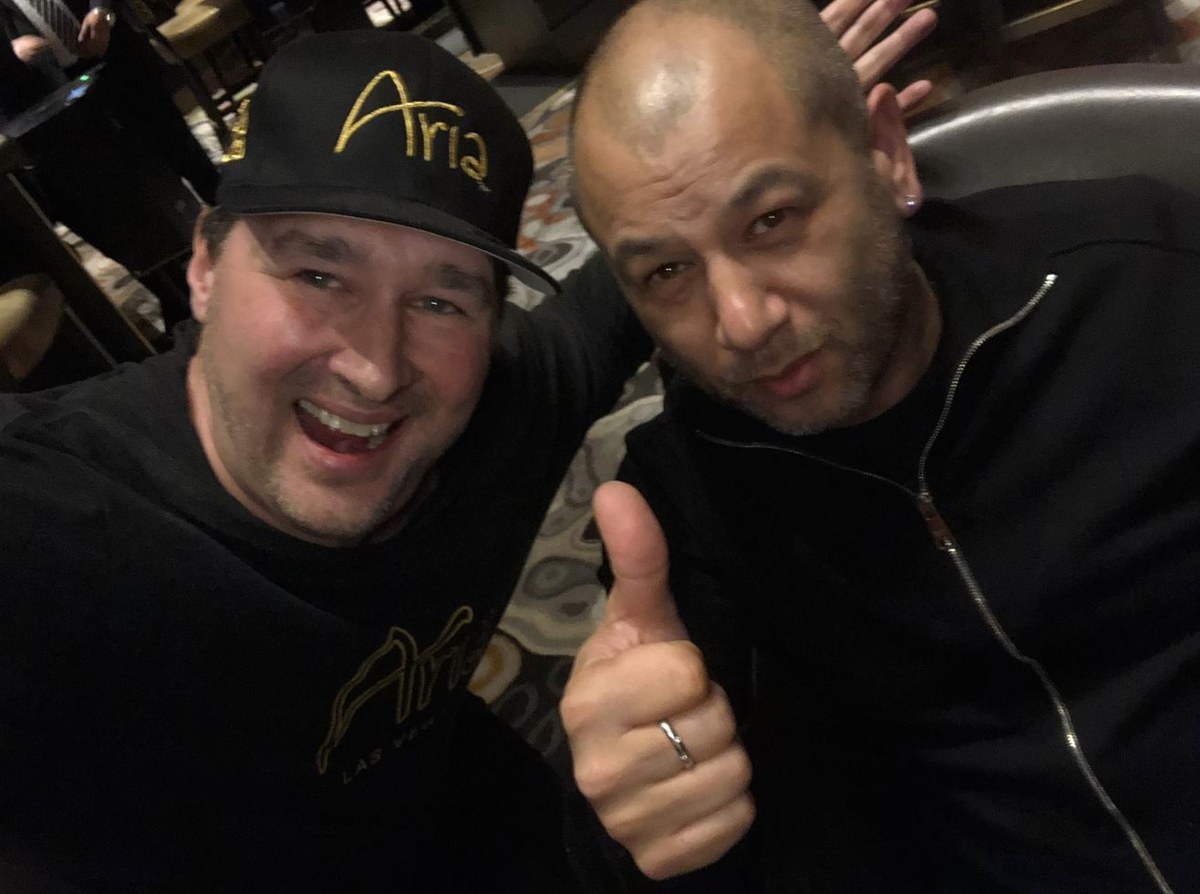 Phil Hellmuth and Rob Yong are both known from being the loudest players at their tables, with some friendly (and not so friendly) banter towards their opponents.

Hellmuth notoriously believes he’s the greatest poker player of all-times, and constantly expresses this opinion whenever he gets a chance. While many think this couldn’t be further from the truth, he does have some incredible records of holding the most WSOP bracelets or making the most final tables in the series amongst other achievements.

Rob, on the other hand, become well-known in the industry by successfully managing his casino, Dusk Till Dawn, in Nottingham, being a key partner of partypoker’s and participating in the biggest cash games around the world.

The two were hanging out in Rio during partypoker LIVE South America, alongside the likes of Viktor ‘Isildur1’ Blom, Mike Sexton or Ben Lamb and after a few drinks, Rob challenged Phil to a heads-up match. As Yong explained the background of the challenge: “Phil was telling us all how he is the greatest player ever after a few beers in Rio, so I initially offered Phil 6-4 on one Deepstack match or I play all hands on button blind, but he was too proud to accept that and went for best of 5, evens”.

Phil wasted no time, and shared the news on his Twitter page, while also creating a poll to find out who his fans think the favorite is. 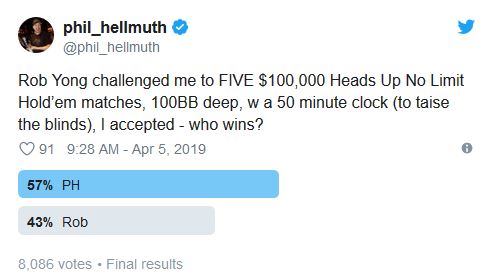 Even though Yong came out as the underdog (on a poll, Phil created), and he has less experience in tournaments than Phil, the cash game legend might surprise the ‘Poker Brat’.

Do you think this will be the easiest $500K Phil ever made or Rob can come out on top and walk away with the money and some serious bragging rights? Let us know in the comments!