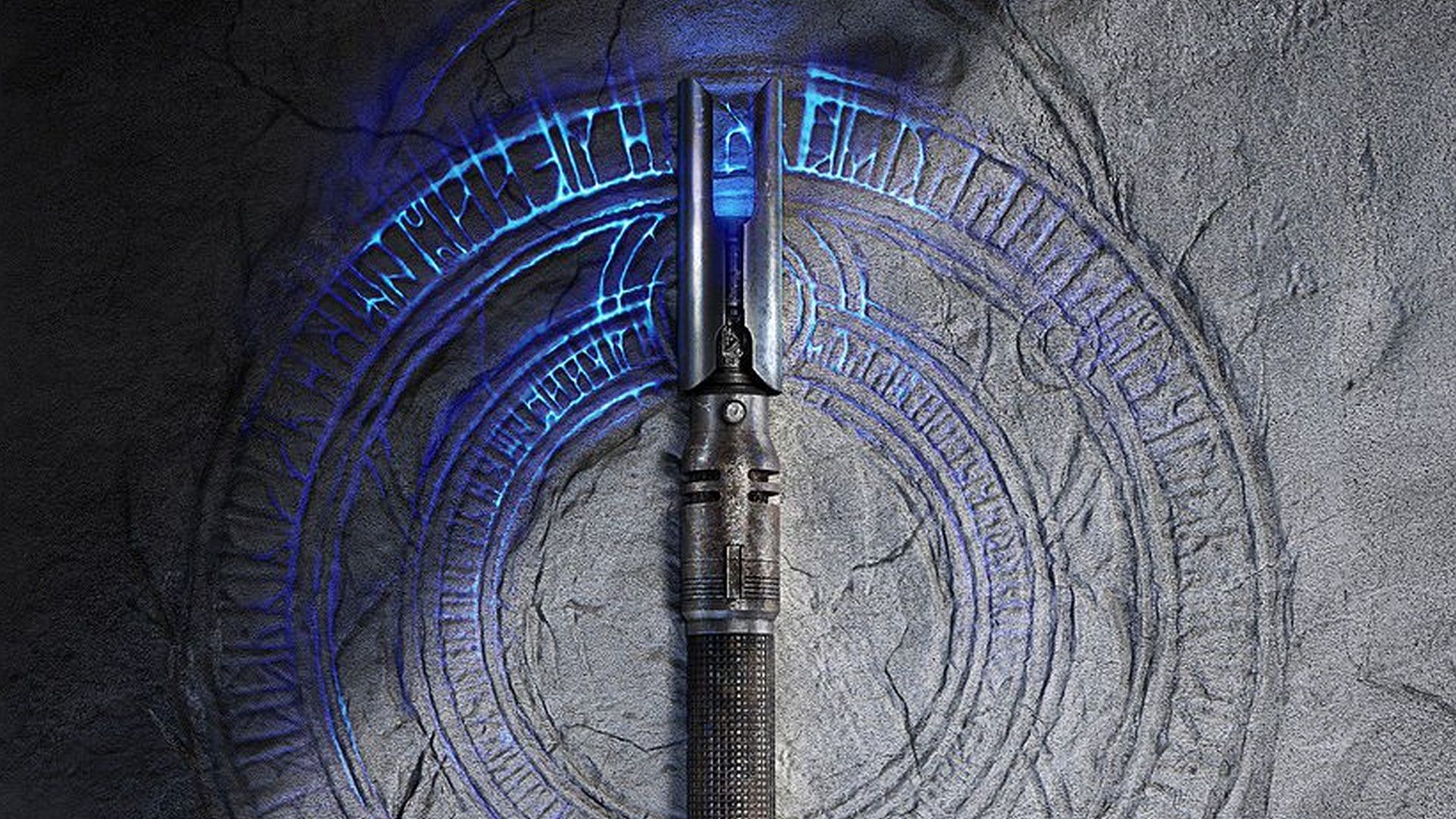 EA is gearing up for a major news announcement this weekend for Star Wars Jedi: Fallen Order, its highly anticipated, Jedi-focused action game. The publisher has just tweeted out an oblique teaser: a mysterious, vaguely lightsaber-shaped object, alongside the words “don’t stand out”.

I say “vaguely lightsaber-shaped” because the object at the centre of the tease differs radically from more common lightsaber designs. Its hilt is more slender and less complicated than we’re used to seeing, and there’s a strange apparatus over what could be the emitter shroud. There’s also a lot of damage at the base of the hilt, as if it’s been cut in two.

Perhaps this relates to the phrase “don’t stand out”. Maybe this is a lightsaber that’s been modified to make it less recognisable? That would make sense given what little we know of the game so far: the protagonist will be a Padawan, or student Jedi, who survives the Jedi purge at the end of Star Wars: Episode III.

Given this context, it’s a reasonable assumption that we’ll begin the game in hiding from the Empire’s agents. In those circumstances, you wouldn’t want a lightsaber to give you away. Here’s the tease:

It’s likely that we’ll get to take the fight to the Empire later in the game, as we grow more powerful in the Force. I’m betting we’ll get to battle members of the Order of Inquisitors at some point in some exciting lightsaber duels, like the Reborn in the later Jedi Knight games.

Save a galaxy far, far away: the best Star Wars games on PC

Personally, I am extremely stoked for this, mainly because I am naive enough to hope that Fallen Order will basically be Jedi Knight III (or IV, if you reckon that was Academy). The Star Wars Jedi: Fallen Order release date is confirmed for holiday 2019, but we don’t have anything more precise than that yet.

All (or at least, more) will be revealed at Star Wars Celebration this weekend – tune in to the EA Star Wars Twitch channel at 13:30 Central time (11:30 Pacific, 18:30 GMT) on Saturday. Apparently there will be news about Episode IX at the same event, so keep an eye out for that if you’re looking forward to the movie.