We already had a good feeling that Kitana was making a comeback for Mortal Kombat 11. We saw a flash of her in the recent “Old Skool vs. New Skool” trailer which landed nearly two weeks ago. Today, we finally have the confirmation, as the Edenian princess made a more official appearance in a TV spot for the game.

Sadly, there’s not much to go on with the TV spot itself. It starts off with live action, showing a person morphing into several other people walking through a dimly-lit warehouse of some type. As they meander, they demonstrate powers of lighting and ice, much like those of series regulars Sub-Zero and Raiden. At the end, a woman whips out a couple of fan blades and turns into Kitana herself, who then has a heart-to-heart with series mascot Scorpion. Y’know, as Kombat fighters are wont to do. The clip ends after a brief exchange of blows. 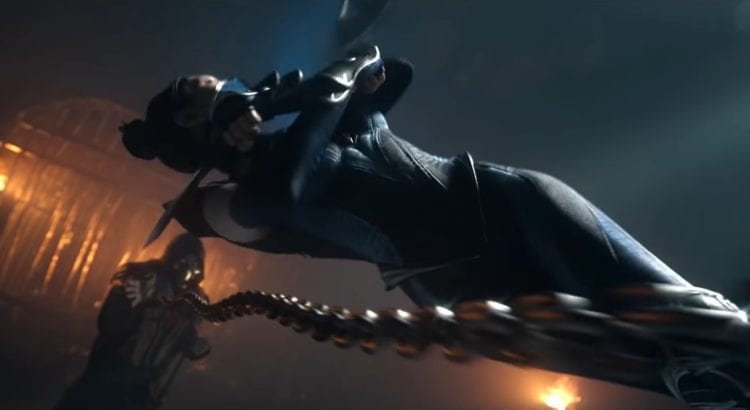 While this isn’t exactly a full reveal, it does offer some information. For one, Kitana’s new look is – as Shang Tsung would put it – excellent. She appears far more Asian in this iteration, and she’s dressed more like a fighter than a stripper. Which is good, despite the mewling of some fans. You know who you are.

It’s also clear that this is the Kitana from the past. Kitana died and returned as a revenant during the events of Mortal Kombat (2011), and she remained undead during the story of Mortal Kombat X. This younger Kitana will likely ally herself along with both past versions Liu Kang and Kung Lao, who will unavoidably have to deal with their revenant selves.

Indeed, there isn’t much to go on just yet. Kitana still throws fans, to the shock of literally no one. It’s highly likely that we’ll see a full breakdown of the character later during NetherRealm’s weekly Kombat Kast. The last one showed off Erron Black and Noob Saibot, as well as newcomer The Kollector. We will probably have more on Kitana after the showing this week. Mortal Kombat 11 releases for PC on April 23.