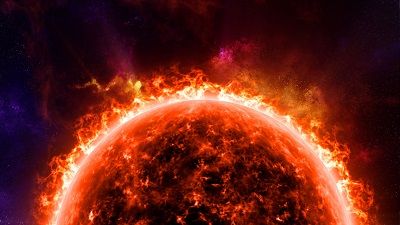 Along with Synthesis came a host of new skills, some of which have become extremely popular. The most popular ones have been Bane, Soulrend, and Divine Ire. They each have very different playstyles, and all of them are great in their own way. The strongest one in terms of pure damage is Divine Ire. In fact, in PoE 3.6 Divine Ire, it’s probably the single strongest ability in the entire game.

How does Divine Ire work?

Right off the bat, it’s important to note that I completely understand how clunky Divine Ire looks and sounds. But it’s actually a fairly smooth ability to use. The way that Divine Ire works is that you channel, and then release a blast of energy. While channeling you deal damage in an area around you, not dissimilar to lightning tendrils. Upon release, you deal a large burst of damage in a narrow beam in front of you.

The intent behind this skill is fairly obvious. Have a high damage ability that doesn’t fully neuter your clear speed. Use the channeling part to quickly clear the small packs, then aim the beam at the remaining rare mob. It’s certainly not going to be as fast as something like Soulrend or Tornado Shot, but it enables high tier bossing without needing a full respec when you want to map.

For more Path of Exile, check this out: 4 of the Top PoE 3.6 Unique Items

Divine Ire is a very high single target ability. It works well by scaling critical strike chance and multiplier. This makes Inquisitor the obvious choice, and what most people have been playing with it. By utilizing their massive damage bonuses you can really feel the damage output that Divine Ire is capable of. Their attack speed bonuses are also nice to enable a smoother mapping experience, speeding up your movement abilities.

Elementalist seems like it would be a fairly good class at first glance, but their large AoE bonuses and elemental proliferation do nothing to boost Divine Ire. It’s not a bad class per-se, it’s simply outclassed by Inquisitor. Trickster is exceptionally good. In fact, I like Inquisitor, but a majority of people playing Divine Ire are using Trickster. With the buffs this patch, Trickster has all the damage you need, while providing quite a bit of defenses. This build will focus on both Inquisitor and Trickster, as they are the most common class choices.

Any other potential class would be for the sake of defenses. Juggernaut is always good, Occultist could work. These two classes are just generically incredibly strong though, and if you’re going to go that route you probably want to go with a skill that provides more flat damage, such as Herald of Agony or Molten Strike. Divine Ire is more of a scaling skill, so you’re better off with a damage class.

For more Path of Exile, check this out: PoE 3.6 Starter Builds: Playing with the Right Ones

What Items are important?

There is one item in particular that is extremely unimportant for Divine Ire Inquisitor – but allows you to reach the highest damage output possible. There was a new flask added this league that gives you 1-2% bonus base critical strike chance. This is a massive bonus, as it scales with all of your other critical strike modifiers. This is, of course, the new Bottled Faith flask, dropped only by the Cortex boss within the Memory Nexus. I say this flask is extremely important, but it’s an incredibly expensive item, and is not necessary at all for the build. It’s just going to be a huge damage boost no matter when you get it.

The actual important items are… well very few. Most of the items used on both Trickster and Inquisitor are well rolled rares, with an occasional unique thrown in. In fact, the only unique common to nearly all Divine Ire builds is Atziri’s Promise – a flask worth one chaos.

As for weapons, there are many routes that you can go. The most common is to use wands, one or two. If you go this route, most people craft until they can get a wand with a high percentage of either physical or elemental damage converted to chaos, then multimod on the other stats. However, there are some players using Shimmerons, some using Staves, a few scepters… Divine Ire is an incredible versatile skill in this regard.

For more Path of Exile, check this out: PoE 3.6 Atlas Changes for the Synthesis League

Which Support Gems do I use?

Unfortunately for the sake of guidance, but great for versatility, there are many different skill gems that can be used to support Divine Ire. If you’re going for pure damage, then Infused Channeling, Phys to Lightning, and Controlled Destruction are going to be your best bets overall. The remaining supports depend highly on what you’re looking for. Increased Critical Strikes, Increased Critical Damage, Energy Leech Support, Faster Casting, Power Charge on Critical… all of these are very viable options, as long as they mesh with your playstyle and build pattern.

In fact, you can even go an interesting route and socket Cast While Channeling and Wave of Convocation. This changes you from having one six-link to two four-links essentially – or two five links if you can get a staff with Cast While Channeling built in. This route is viable because Wave of Convocation has high base damage, and it also reduces enemy resistances by 25%, essentially acting as a support gem to Divine Ire.

If you’re going CI you probably want to go the route of having Energy Leech support. Energy Leech support is shockingly good, providing massive amounts of leech and damage. In fact, it’s good enough that it’s used on non-energy shield based builds, so not using it on one seems rather silly. Likewise, Power Charge on Critical is great if you are stacking Power Charges, but ineffective otherwise. As I said, play to your build’s strengths. Divine Ire will carry you the rest of the way!

In PoE 3.6 Divine Ire builds are destroying content left, right, and center. The skill may seem clunky, but it performs exceptionally well, and destroys everything it comes across. The two main classes using it are Inquisitor and Trickster, but you can do essentially anything as long as you know what you’re doing. There aren’t any required uniques either, making this build extremely budget as you start, and scales into higher content. Divine Ire is a great ability, and it’s definitely worth your time. Give it a try if you haven’t yet!

For more Path of Exile, check this out: 7 New Spells Plus More for PoE 3.6